Women on important positions like mayors, politicians, talk show hosts, musicians, all get a lot of sexist dirt thrown at them. Women are called hysterical, while men in the same situation are called bold….

That’s why Nasty Women Amsterdam organised a second art exhibition & fundraiser in Amsterdam. It was a huge succes! €20.000 ($22,000) was raised for charity.

A big thank you to all the artists who donated their art and the people who bought the artworks. We made a great statement against sexism. 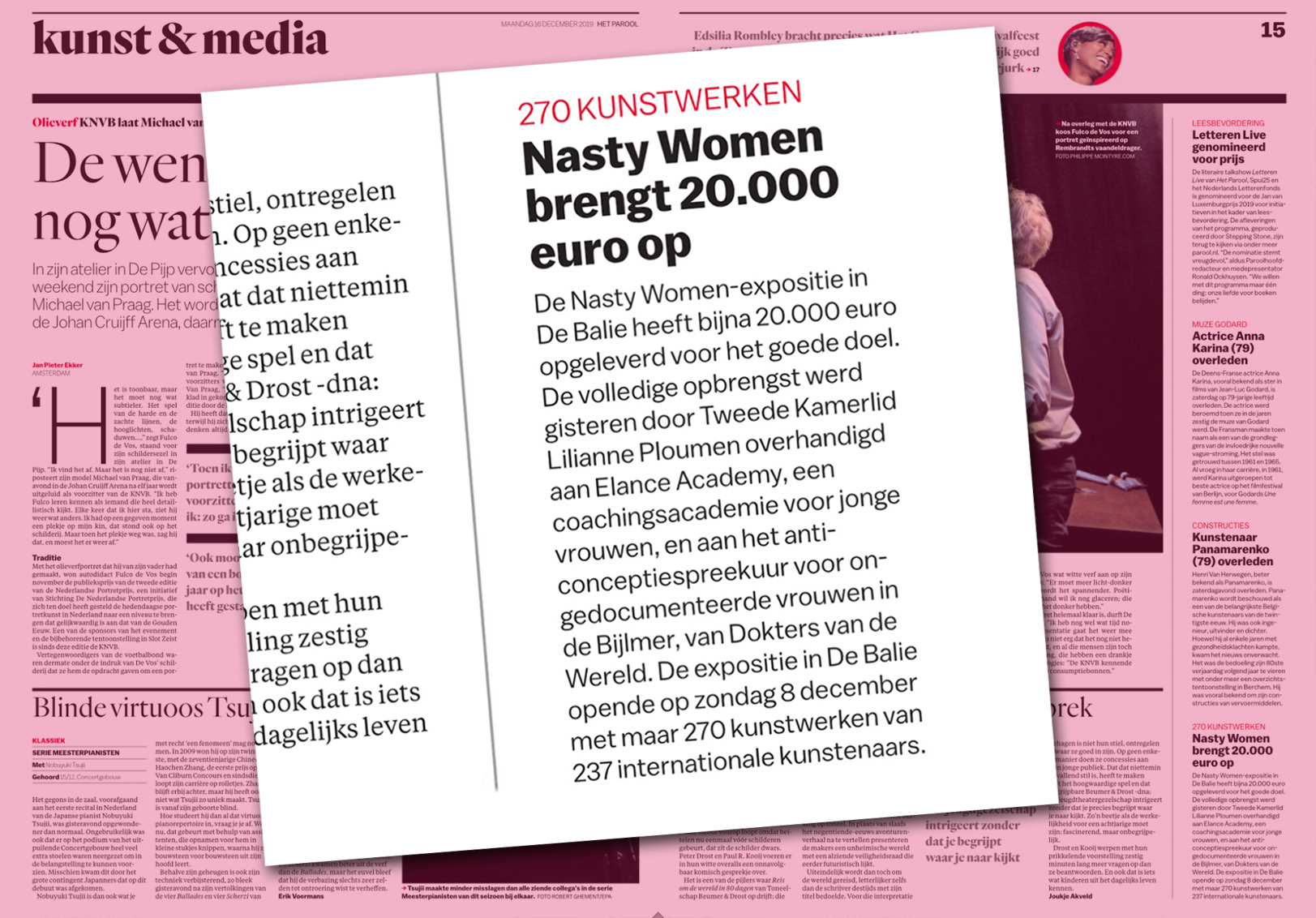 184 Nasty Women artists m/f from 27 countries, 240 artworks from € 1 – € 200. During the exhibition and auction €16.000 ($17,000) was raised. This is the Amsterdam sister of Nasty Women NYC, a group exhibition that serves to demonstrate solidarity among artists who identify with being a Nasty Woman in the face of threats to roll back women’s rights, individual rights, and abortion rights. It also served as a fundraiser to support Women on Waves, COC Amsterdam and She Decides.

Nasty Women NYC was started by Roxanne Jackson and Jessamyn Fiore with a Facebook post that read:

The massive response has taken this call to arms into an ever expanding network of Nasty Women Artists & Art Organizers all around the world. See Other Nasty Venues.

In the Netherlands we experience more intolerance and populism. Just before the elections we want to show our solidarity with women’s rights, LGBTQ, individual rights. This exhibition is a fundraiser, all sales will go to charity: Women on Waves, COC Amsterdam & Shedecides.eu 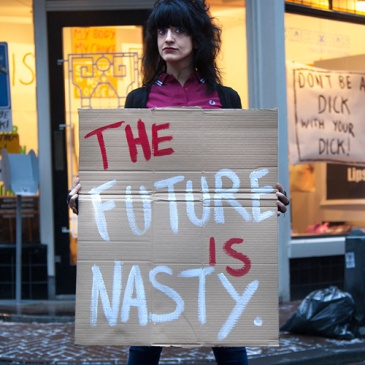 Nasty Women / Team Femke is going to be huge & 100% of all sales will go to charity. Don’t miss it, there will be amazing art you want to buy! Bring cash. You can also pin. Opening reception: Sunday December 8, 2019, 4-8 pm & Full evening’s program to be announced Opening hours: Mon-Sun … END_OF_DOCUMENT_TOKEN_TO_BE_REPLACED 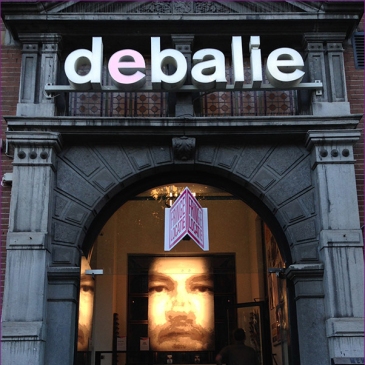